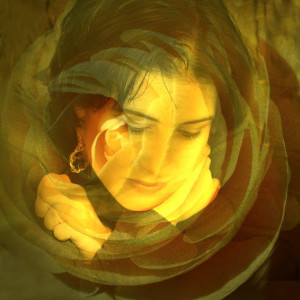 Jennifer Parde is a singer-songwriter/pianist, living in the Baltimore area.  She performs regularly as a part of the folk-rock trio Midway Fair and as a singer for Mood Swings Big Band.  She also performs solo and as a freelance singer.  Her solo work is deeply influenced by fellow singer-pianists such as Vienna Teng and Norah Jones, and well as by the heartfelt, blues-tinged popular singers Adele and Eva Cassidy.  Her deeply interpretative singing style is informed by her extensive jazz training (from high school onwards), including a music degree from Goucher College and studies with the late Pam Bricker (a well-acclaimed jazz singer from DC).

Jennifer has one solo album, entitled “Natural Surreality”, which is a mixture of jazz and pop (“organic jazz fusion”), and which includes covers, standards and original songs alike.  She has also recorded two albums as a part of Midway Fair, and is currently in-studio with them again, recording an EP.

Jennifer has performed, solo and in groups, at a variety of venues across the East Coast, including the 8 x 10, Cellar Stage, and 49 West (all in Maryland), as well as several venues in New York City and Washington, D.C.  She has opened for such national acts as the Kennedys and Seth Glier (as part of the Midway Fair duo), and performed for President Bush three times (as part of Mood Swings).

What people are saying. . .

From the JazzTimes review of “Natural Surreality”:

“. . . Her pure, rather ethereal voice doesn’t represent a huge leap from, say, Carole King or Carly Simon, but is enough steps past either to suggest proximity to the greater inventiveness and dynamism of Joni Mitchell. Her readings of “Morning Has Broken” and “The First Time Ever I Saw Your Face” are lovely exercises in New Age-ish reverence, her loping interpretation of Sting’s “Fragile” effectively hints at haunted urgency and her “Lazy Afternoon” overflows with imaginative touches.  As a songwriter, Parde inches even closer to Mitchell. Her way with words is astutely evocative as, on such richly conjured compositions as “Black Unicorn,” “Undertide” and “December Light,” she paints densely layered dreamscapes.” -Christopher Loudon

“Jennifer Parde is an obviously talented jazz vocalist. Her talents beyond her voice lie strongly in arranging old standards. The few original tunes on her album are definitely strong, but it seems she finds most of her creativity in altering standards with her own twist of “Pardeness”. . .”

“She played our requested songs beautifully. For some requested songs, Jennifer obtained sheet music and took the time to learn them before the wedding. We and many of our guests complimented her playing and vocal abilities.” -Julia P.